The Bible is not like any other book.  Though penned by men, it was authored by God Himself and is His Word, His story.
All scripture is given by inspiration of God, and is profitable for doctrine, for reproof, for correction and for instruction in righteousness, that the man of God may be complete, thoroughly equipped for every good work.   2 Timothy 3.16

Just as your body needs food and water to sustain life, so your spirit needs God’s word to grow as a healthy Christian.   As you read His Word, His Spirit will teach you everything you need to know so you live a life pleasing to God.  You come to know Him through His Word: what He is like, how He acts, what He promises, what He expects.  Knowing His Word means you will know what it is that you believe.  We can test everything we hear from other sources by His Word…if there is a contradiction it is the Bible that speaks truth.

It will speak conviction to you when you step outside God’s guidelines, when you choose sin instead of obedience, when your lifestyle and choices don’t line up with God’s best for you. This is reproof.  And then it corrects you: shows you which way you should go, what you should do, speaks truth to your heart and mind.  God disciplines those He loves – You! – and He will use His Word to make sure you walk in His very best.

His Word will teach you and equip you to live a life worthy of the calling He has for your life…it shows you how to walk in clothed in the righteousness of Jesus. Without His Word, you would rely on your own thoughts and emotions and would be ruled by your flesh.  But God wants you ruled by His Spirit and it His Spirit who brings the Bible to life for you. 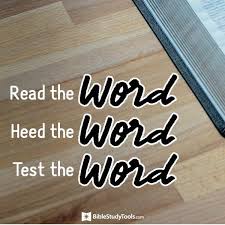 HISTORY OF THE BIBLE

The history of the Bible is His story! It’s not one book but a collection of 66 separate books, written by at least 40 distinct authors all directed by God. The Old Testament contains 39 books written from approximately 1500 to 400 BC, and the New Testament contains 27 books written from approximately 40 to 90 AD. The original Old Testament was written mainly in Hebrew, with some Aramaic, while the original New Testament was written in common Greek. It was written down on leather scrolls and tablets over centuries, and the authors included kings, shepherds, prophets and other leaders.

Although the Jewish Scriptures were copied by hand, they were extremely accurate copy to copy. The Jews had a phenomenal system of scribes, who developed intricate and ritualistic methods for counting letters, words and paragraphs to insure that no copying errors were made. These scribes dedicated their entire lives to preserving the accuracy of the holy books. A single copy error would require the immediate destruction of the entire scroll. In fact, Jewish scribal tradition was maintained until the invention of the printing press in the mid-1400’s AD. As far as manuscript accuracy, the recent discovery of the Dead Sea Scrolls has confirmed the remarkable reliability of this scribal system over thousands of years.

After  400 years of scriptural silence between the Old Testament and the New Testament, Jesus arrives on the earth as prophesied. Throughout His teaching, Jesus often quotes the Old Testament, declaring that He did not come to destroy the Jewish Scriptures, but to fulfill them. In the Book of Luke, Jesus proclaims to His disciples, “all things must be fulfilled which were written in the Law of Moses and the Prophets and the Psalms concerning Me.”

Starting in about 40 AD, and continuing to about 90 AD, the eye-witnesses to the life of Jesus, including Matthew, Mark, Luke, John, Paul, James, Peter and Jude, wrote the Gospels, letters and books that became the Bible’s New Testament. These authors quote from 31 books of the Old Testament, and widely circulated their material.  In 397 AD, in an effort to protect the scriptures from various heresies and offshoot religious movements, the current 27 books of the New Testament were formally confirmed.

Even though the Bible is made up of 66 individual books – every book of the Bible is God’s word! There is also one unifying message of all 66 books – Who God is and His plan for all mankind to be in relationship with Him. This message is true for all peoples in all cultures throughout history. 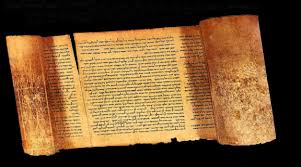 STRUCTURE OF THE BIBLE

The Bible tells you the history of God’s people Israel and the story of Jesus and the early church.  It begins with the story of creation and finishes with the end of time in the book of Revelation. It is one book, but made up of 66 smaller books. The first 39 books make up the Old Testament, covering the time from creation to 400 years before the coming of Jesus. All the Old Testament points to Jesus: the story of God’s heart for man and His plan to give man that restored relationship that He so desires. The New Testament comprises 27 books telling the story of Jesus, the history of the early church, letters to the churches and a revelation of the end of time. In the New Testament, you find the fulfilment of the Old Testament in  Jesus, who is the giver of that restored relationship with God.

A lot of the books overlap: history and prophets especially and the four gospels that give the life of Jesus from four people’s perspectives and memories. If you want to get a better understanding of the timeline, there are chronological Bibles available that allow you to read the Bible from the point of view of time, organising the Bible timewise rather than book by book as traditional Bibles are presented.

The book of Psalms is poetry (a lot were originally hymns and therefore sung!) and this book is one people are drawn too as each psalm is written so honestly and transparently from the heart of the writer. It is easy to relate to these poems because they often are the echo of the hearts and thoughts of every person. The psalmists would bring God their questions, their struggles, their complaints. They would record His answers. They would pour out their worship of Him. They are stories of encounters with God in the midst of life. Psalms are often the book people turn to in times of difficulty as there is much comfort and encouragement here. You can learn ways of worship from the way the psalmists worshipped.  You discover much about God’s character and His goodness.  And there are many promises to lay hold of as you walk with Jesus yourself.

The letters making up the New Testament are practical instruction in how to walk the walk. There is deep revelation of the truths of the gospel, guidelines for living, and promises to stand on.  They address problems in the early church which are often similar to the problems in the church today.  They form a foundation for what Christians believe. 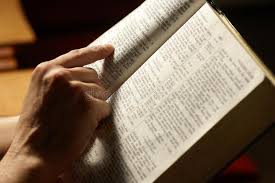 An easy way to find Psalms is to open your Bible near the middle.

HOW TO CHOOSE A BIBLE

The choice can be overwhelming: many translations, study Bibles, devotional Bibles, chronological Bibles, one year Bibles, Bibles for men, for women, for couples and many more.

When you have decided these things, your choices will be more limited but probably still quite large! Look at what is available.  Read your favourite passages in the different translations. Or just read any passage in a few different ones.  Which do you feel comfortable with?  Some are considered more accurate than others, like the New King James and the New American Standard Bibles.  Some are paraphrases that are easier to read rather than accurate word for word translations like the Living Bible.

Websites like the ones mentioned here will allow you to look at verses in many different translations so if you are trying to choose a Bible online this will allow you to get the feel of the different versions available. If English isn’t your first language, do you want a Bible in your heart language, the language of your birth?  If reading isn’t easy for you or is your second language, a simple translation like the New Living Bible could be a good choice.  Some of the websites listed here have foreign language Bibles available.  Otherwise you could contact the Bible Society who have a large selection of hard copy foreign language Bibles available. www.biblesociety.org.au

If you are buying a hard copy: what print size do you need?  Bibles are available in so many different font sizes. How portable do you want it to be? Remember that the larger the print, the larger the actual Bible will be.

Sound complicated? Just go back to the basic questions and work out what you want from your Bible and then choose the one you are comfortable reading.

In the back of many Bibles there is a section called the concordance, which will list words used through the Bible with a fragment of the verse they are found in and the reference to look up so you can see the verse.  There are also hard copy concordances you can buy such as Strong’s Concordance – just make sure it uses the same translation of the Bible that you are using.

Again if you are online and are looking for a particular verse or word, you will be able to search within the Bible website you are using and what you are looking for will appear.

Many Bibles also contain extra helps such as lists of scripture you can read if you are in different situations – such as scriptures that help when you are afraid, or doubting, or grieving.  If such a list is not available to you, you can use one of the websites mentioned below or use google typing something like “bible verses on fear/doubt/grief” to find suggestions you can look up.

Devotionals
www.odb.org produces a daily devotional called Our Daily Bread.  Subscription is free and you can receive a hard copy, email daily or direct to your mobile.
Every day with Jesus is another popular daily reading guide and is available in hard copy by subscription.  There are a variety of different products in this range.
Other great devotional books include Reckless Devotion by Rolland and Heidi Baker, My Utmost for His highest by Oswald Chambers and Jesus calling by Sarah Young.  Check out the devotionals section of any Christian bookshop or look online at www.koorong.com

Good websites for Bible texts and audio and reference material are suggested here.bible.com (includes free reading plans, daily devotionals, has audio available. Also has the Bible available in many different languages.
From bible.com comes the Bible app downloadable from the app store or google or download from bible.com. This can be used on phone, tablet, android, kindle.
blueletterbible.org – here you will have the ability to search the Bible for a verse, word, or topic and have many additional study aids available including commentaries and dictionaries of the Bible. There is also an app available downloadable from the app store or google play. Some Bibles are free, while others need to be purchased.
biblegateway.com many different language versions available as well as many English translations, audio Bibles, devotions, reading plans. Again there is an app available.
olivetree.com bibles for download and purchase, reference books and teaching books available.  Also audio bibles available here. App downloadable. 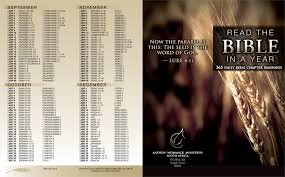 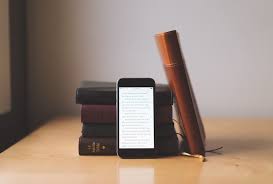